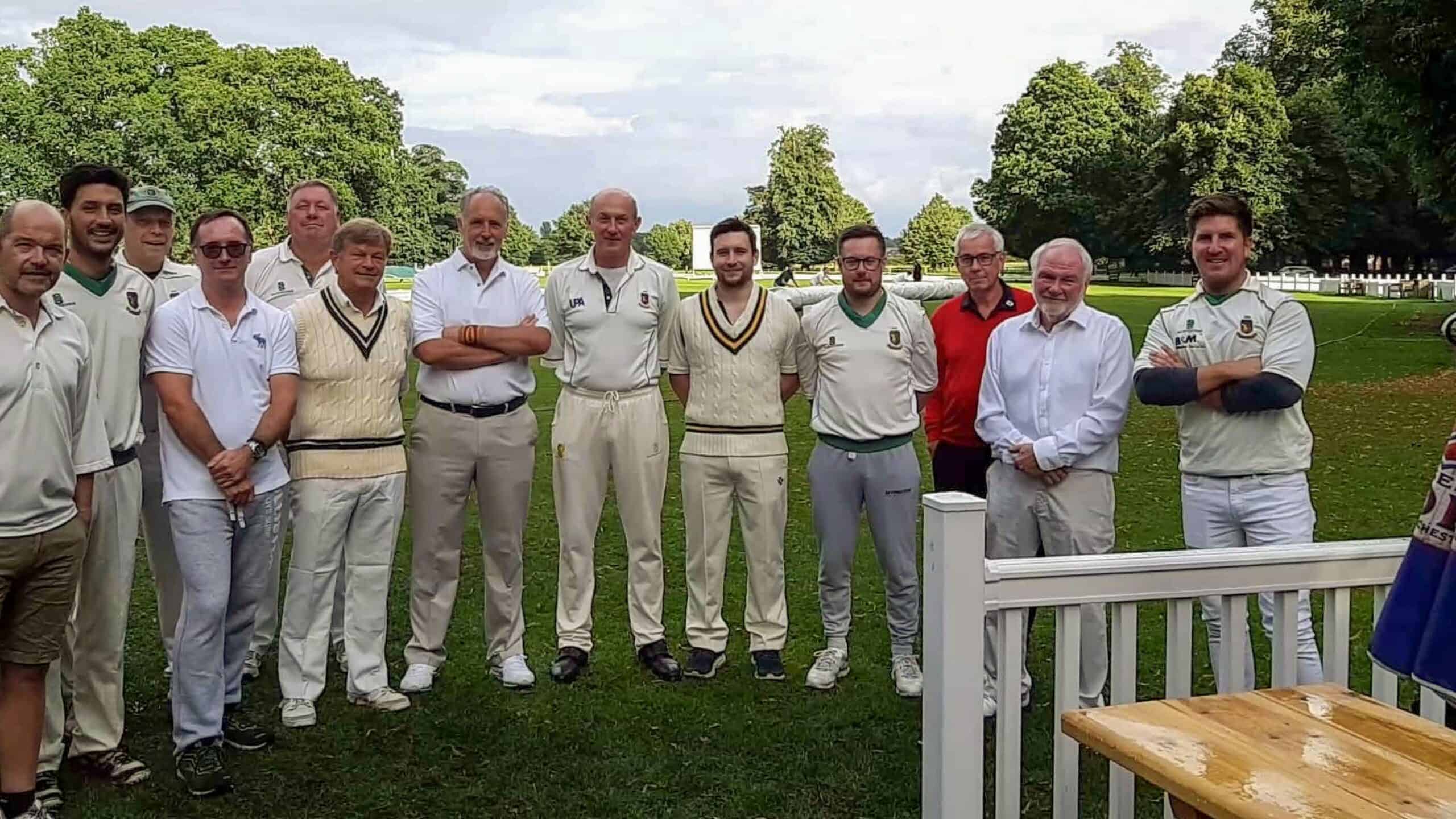 A spirited team of Knutsford Golf Club’s members took on the Toft Taverners on the 19th of August for a 100-ball match in support of local charities, narrowly missing out on the win.

The Toft Taverners are a charity cricket team, supporting the wellbeing of Knutsford’s older residents through organised events and providing an annual trip to Lytham St Anne’s for 180 of the towns over 70’s. The Toft Taverners also support other organisations such as Hope Central food bank, based at Knutsford Welcome Centre, and Cheshire Without Abuse, whose work aids local victims of domestic abuse.

The players representing the Knutsford Golf Club were thrilled to participate in the event, partnering with another nearby organisation to support local causes, and raised substantial funds as well as having fun trying out another sport.

The result was a narrow victory for the Taverners: Knutsford Golf Club scored an admirable 76 runs in the 100-ball innings with Chris Heptinstall starring with the bat. However, the Taverners cinched the victory, reaching the target with just two balls to spare.

A huge congratulations to Knutsford’s Matthew Clement for the “moment of the match” award, with an incredible catch in the deep. Honorary Secretary, Peter Gough, said of the event “Thank you to the team for coming together to support these great causes alongside another local club. Regardless of being a scratch team it was a very close game, and thanks to the members who came out to support in spite of the rain. We all hope this will become a regular fixture.”