Community Help For Knutsford Residents and Beyond During Lockdown 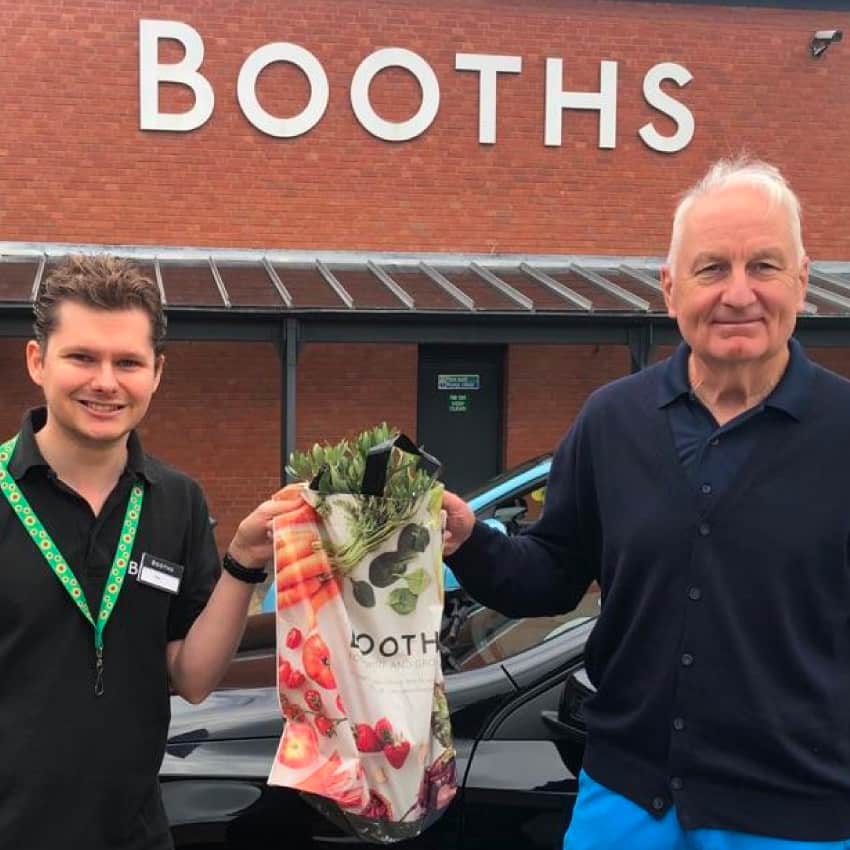 A team of volunteers from Knutsford Golf Club who came together under the banner of “KGC Helpers”  to support those members who were in shield during the Corona Virus Lockdown have been hailed as heroes by some of the people in the community they have helped.

Enid Farley from Knutsford said, “I don’t know how I could have coped during the lockdown without the support of the team from KGC Helpers, they have been fantastic!”

The scheme was the brainchild of semi -retired business consultant Chris Whyatt (67) from Over Peover,  who is a keen golfer at the Knutsford Club. On realising at the start of the lockdown that there were many elderly members of the golf club who were not only single but were required to go “into shield” during the pandemic. He sent out an email to all club members asking for volunteers to help the needy with things such as shopping, parcels to the Post Office or going to the chemist for prescriptions. Nearly twenty members came forward to help.

Once Chris had brought the team of helpers  together  he  created  a WhatsApp group and having identified who would need help from the club membership,  he connected the relevant KGC  helper  by postcode to the person needing support. Pretty soon they discovered that it was not only members who needed support it was members’ neighbours too ! The scheme was then extended to cover South Manchester and East Cheshire.

“Once we had identified the need for support it was just a simple job of co-ordination” said Chris. “ The interesting thing is that our support activity has  fostered real, lasting  friendships with many of the people we are supporting in the community.”

“ We have also been helped in turn by retail organisations such as  Booth’s Supermarket in the town who  have been simply  fantastic. Once we informed them of our scheme they have let us shop for our new friends and then once each  shopping visit has been completed  we have been able to make contact at the checkout so that they can then pay for their own shopping by credit card over the phone. It’s worked really well and everyone is very grateful.”

“ One interesting benefit for me is seeing the different products and commodities  that  people buy in their weekly shop, and how healthy people shop and eat. I have  learned how to shop effectively and I now know where to find everything in Booths Supermarket!” said Chris.

The KGC Helpers scheme continues to be successful and the club is delighted with the feedback they have received. Knutsford Golf Club is a magnificent 9-hole golf course positioned adjacent to Tatton Park and close to the town of Knutsford in Cheshire. It is a unique and welcoming club set up to cater for all standards of golf with a vibrant social scene. See www.knutsfordgolf.com and our Facebook and Twitter accounts.